At the end of December SAVA was officially introduced in Warsaw. The first luminaires were installed on the building of the Municipal Roads Authority in Warsaw. This is the beginning of a generational project to replace lighting from old sodium lamps with energy-saving LEDs, covering over 40 thousand light points in Warsaw.

Each replacement will be preceded by a detailed lighting design, i.e. selection of the appropriate power and optics. On average, about 750 new luminaires per week will appear on the streets of Warsaw by the end of next year. Electricity consumption lower by as much as 27.8 GWh will save about PLN 23 million per year. The total cost of the investment is PLN 32 million.

The event was preceded by a press conference with the participation of invited journalists, the President of the City of Warsaw Rafał Trzaskowski, Director of ZDM Warszawa Łukasz Puchalski and Vice President of LUG SA Mariusz Ejsmont. In his short presentation, Mariusz Ejsmot emphasized that in times of rapidly rising energy prices - even up to 80% compared to last year - there is no better way to reduce costs than to reduce energy consumption. SAVA is a top solution on a European and global scale. This means 3x lower energy consumption, more light on the streets and its proper orientation, easier and faster servicing and a reduction of CO2 emissions by 30,000. tons per year.

The modular SAVA luminaire, designed from scratch in accordance with the city's expectations, has an above-average service life, impeccable style and urban elegance. It is a top-class future-proof luminaire that is an impulse for positive urban change.

In addition to the luminaires themselves, LUG Light Factory will provide software for managing the lighting system and measuring equipment for controlling the quality of lighting on the street.

You can watch the live broadcast of the conference here https://fb.watch/a3-YnNnVmL/

This is not the first project we are implementing for Warsaw. We illuminated the Warsaw metro, the Raffles Europejski hotel and the Southern Bypass of Warsaw. We are very proud of it and we are glad that we can improve the quality of life of its inhabitants. 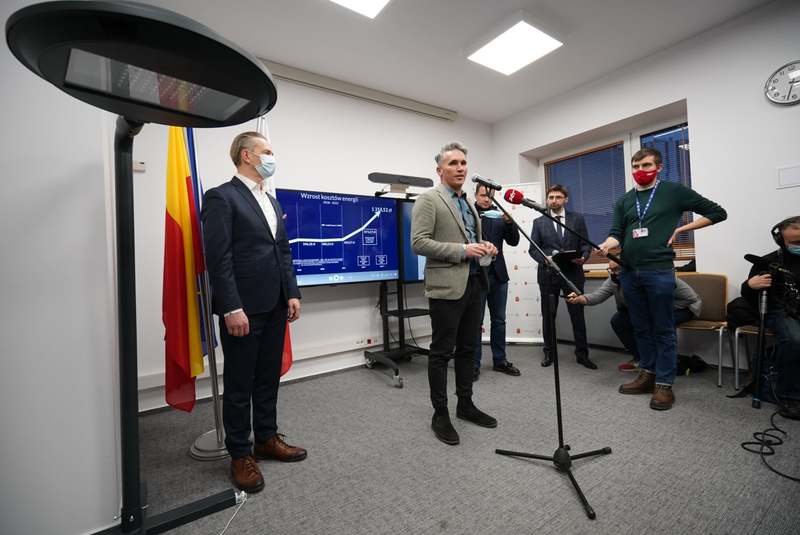