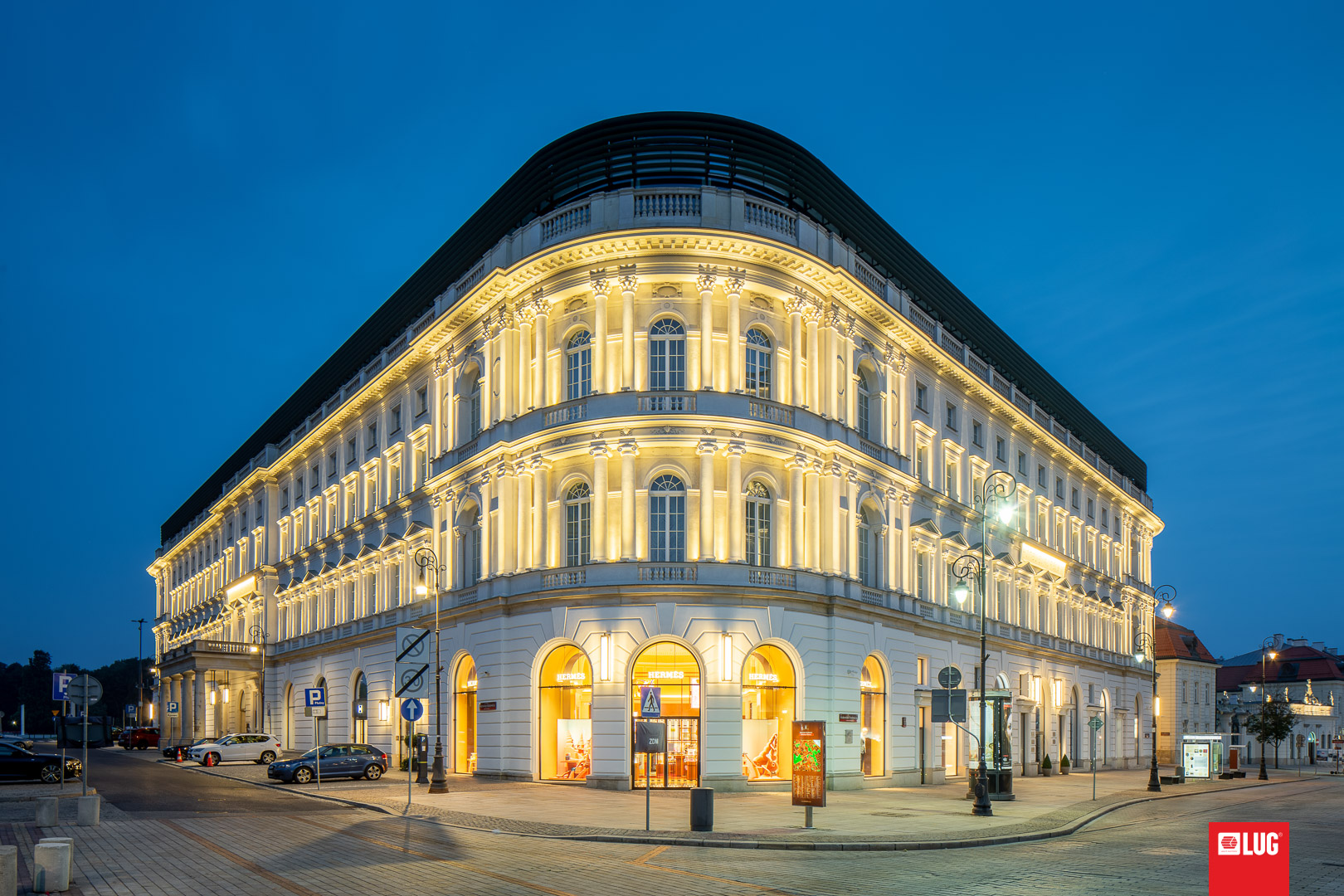 Smart use of lighting is currently one of the most important factors improving the perception of architecture – especially in the case of historical buildings. The new illumination of the Europejski Hotel, designed by a team of architects and designers from LUG Light Factory, is a perfect example of combining durability, usability and beauty. The illumination masterplan: Warsaw painted with light, which was cre-ated in 2012 on request of the Capital City of Warsaw, is a long-term plan to rearrange lighting in the city in order to achieve a unique light climate. The plan sets zones, indicates recommended colour temperatures of light sources, brightness levels and many other important parameters. The War-saw historical preservation officer approved the above mentioned guide-lines and thus decided that the buildings located on Krakowskie Przedmieś-cie Street should be illuminated with a certain colour and intensity. From the very beginning of the project, the design of the new illumination of the Europejski Hotel was a considerable challenge for LUG Light Factory experts. The primary objective of the designers was to properly highlight the architectural values of this unique building while maintaining its discrete elegance. All stucco details on the hotel’s facade had to be adequately il-luminated. Finally, the design was developed that met not only strict conser-vation requirements, but also investor’s expectations. Work on the illumination of the Europejski Hotel began with the creation of a threedimensional model of the entire building. The final architectural design of the lighting was preceded by a series of tests and consultations conducted under the supervision of the historical preservation officer, the investor, architects, as well as foreign consultants. Then a reference luminaire with different light distribution angles was supplied which realistically displayed the different lighting conditions. During the designing process, the aging of the facade was taken into account, so as was the impact of both the light coming from outside and that emanating from the interior of the hotel itself. The smallest details were also important, e.g. the reflecting light of the glass superstructure. The high energy effi-ciency lamps used in the facility allowed not only for the adequate illumination of the neoclassical details of the building’s facade, but also to maintain optimal parameters for everyday use. The building was intended to stand out from the crowd. However, the illumination could not steal all the attention. The lighting had to be just a discrete background landscape. Therefore, the designers de cided to approach the design in a multifaceted manner. On the ground floor historically styled luminaires were installed to perform both aesthetic and practical functions, delicately lighting the sidewalks around the build-ing. Above ground floor lighting was designed to emphasize the beauty of the early nineteenth century Marconi’s facade. The higher parts of the building were equipped with a special lighting control system. The luminaires over the main entrance, the structure of which has been modified at the request of the investor, attract particular attention. Their final shape is the result of the work of engineers from the customization department and specialists from the Warsaw branch of LUG Light Factory. One-metre-long luminaires were suspended on three arms, with a length of 1.5 m each, on an equilateral triangle plan. The entire operation required designing special mounting brackets to ensure full safety of use. 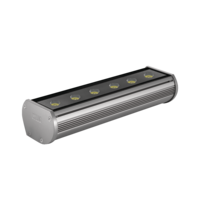