LUG as the Lubuskie Innovation Leader 2019

On October 28, 2019 the ceremony of presenting statuettes to the winners of the eleventh edition of the Lubuskie Business Leader competition took place. The jury awarded the best companies from the Lubuskie Region. The title of Lubuski Innovation Leader in the category "Large Companies" went to LUG Light Factory from Zielona Góra. This is the company's second victory in a plebiscite in this category.

- This is a valuable award because we constantly introduce innovations that, like development, are the key values ​​of our company. The Innovation Leader title is an award for the hard work of the entire team, especially the R&D department. I am glad that, despite the high competition, we were again able to receive this title and be among the winners - comments on the victory in the competition Ryszard Wtorkowski, President of the Management Board of LUG Light Factory Sp. z o.o.

The jury of the competition evaluated companies in four categories: micro, small, medium and large. For the first time in history, ex aequo statuettes were awarded in the category of large companies. The LUG Light Factory Sp. z o.o. and Seco/Warwick S.A. In the opinion of the jury it was difficult to make a clear choice of the winner. The jury assesses the company's financial condition, working conditions as well as the level of remuneration and timeliness of settling liabilities. An important element of the assessment is also innovation and broadly understood care for the environment. The jury also draws attention to the charitable activities of the rated entity and corporate social responsibility.
For the first time in the competition's history, the jury awarded the "Debut of the Year" and "Youth Friendly Company" awards.
Lubuski Business Leader is a competition with 11 years of history. Its goal is to promote the best companies in the region. The competition is organized by the Western Chamber of Commerce and Industry in cooperation with Gazeta Lubuska. 60 companies from the region applied for this edition of the competition.
This is the third business distinction awarded to the company in October. On October 7, 2019, the company was nominated for the Economic Award of the President of the Republic of Poland in the Family Businesses category. A few days later, on October 18, CEO Ryszard Wtorkowski received the distinction in 'The Best Annual Report 2018', awarded for the best report on operations. 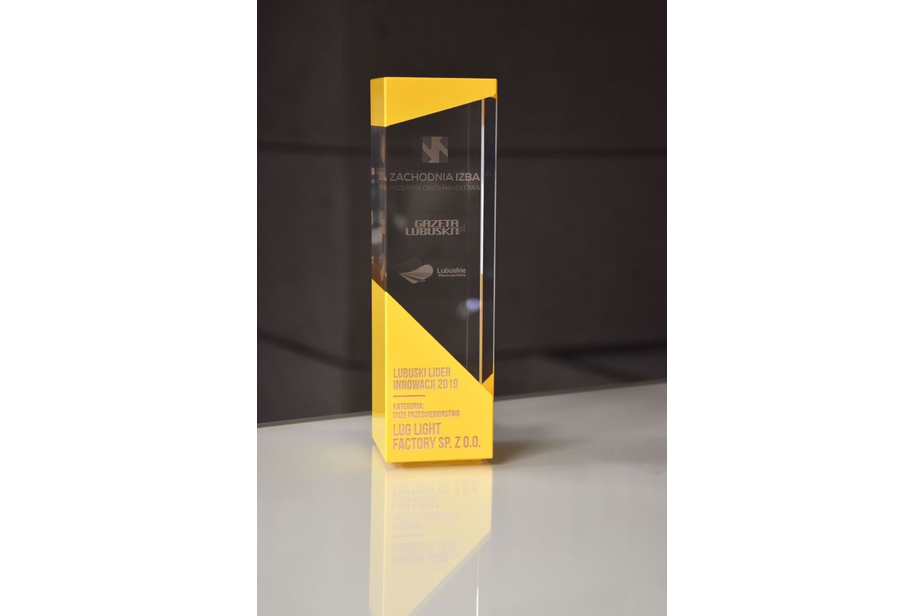