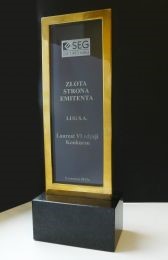 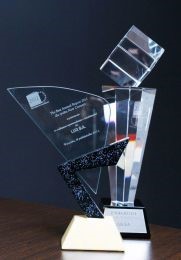 The best annual report in category NewConnect two years in a row!

ESG ranking of the best data reporting listed companies in 2013 in which LUG was identified as one of the three best reporting Issuers on NewConnect.

See the movie from awards ceremony and LUG debut at NewConnect.