We constantly invest in the purchase of modern machines and broaden our machine park with new and innovative high quality lighting frame production devices.

In the year 2004 investment funds were assigned, among other things, on a new integrated Information Technology system to assist in management, a pneumatic lighting frame assembly line, which not only quickened the production process and allowed to increase sales, but also enhanced the quality of the manufactured frames. Moreover, we have acquired a program for supporting three dimensional design (CAD), which improved and quickened the lighting frame designing process.

In 2005 our actions were still focused on the development of the technical infrastructure. We acquired and adjusted to our specific manufacturing activity two manufacturing-storage halls. New machines were purchased within investment expenditures. The most significant goal realized in 2006 was the purchase of a 1.37 hectare building plot by the Northern Rout of Zielona Góra, where a modern manufacturing-storage-office building to which we will move our business is under construction.

In 2007 its construction commenced. The structure is being raised in the so called Commercial Activity Zone of Zielona Góra – an investment area spanning 67 ha, where trade and manufacturing company structures are being built. The new company office will have a total area of about 8.000 square meters. In November 2007 we purchased a modern powder painting line (automated painting line), for metal coffers and other metal details. 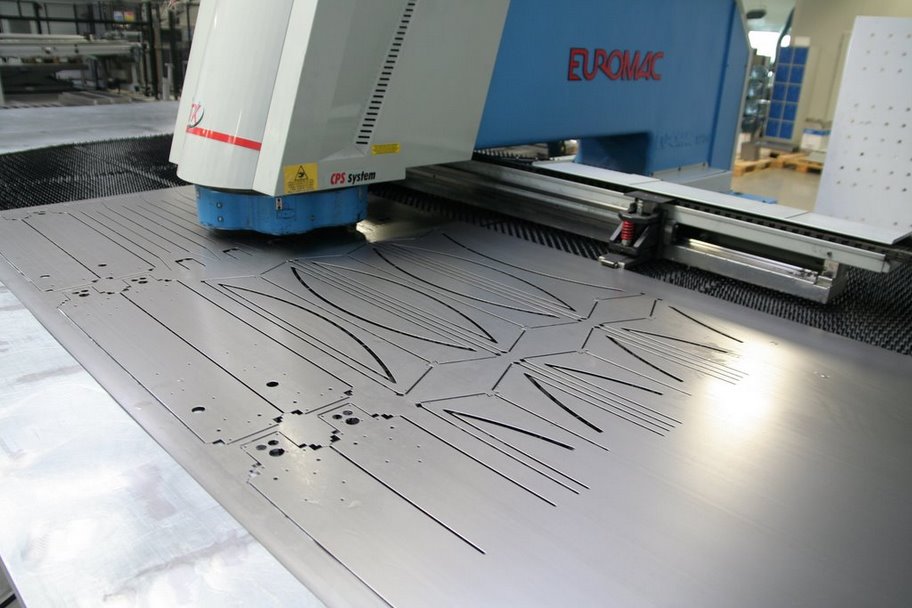 In the third quarter of 2008 the final phase of the investment project planned according to the company’s strategy was realized – the LUG Company began its work in the modern office. The manufacturing-storage-office complex with an innovative metal frame production line grants the company new manufacturing capabilities, increases productivity and allows the broadening of our range with new design lines. The finished construction was a finial of the investment process realized from the resources gained from the market debut. 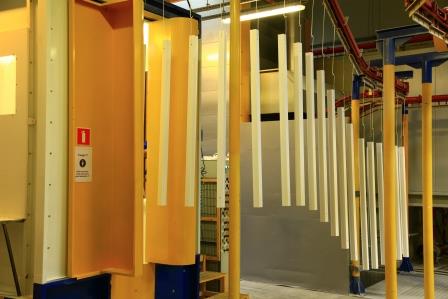 In March 2013 LUG started development of a new plant, which from the origins, was supposed to become the location of modern LED components production line. On the 8th of August 2013 first trail part came off the production line. 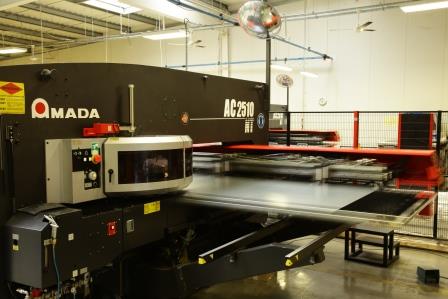 LUG company is known for its modern design of luminaires which easily use energy-saving LED technology. The only creativity limit of LUG’s engineers was, till now, lack of high quality LED components available on market. The products, in standard version, hardly ever were suitable for bold and original design of luminaires.  Since now LUG not only offers high quality luminaires with original design but also provides its own LED components. The new production line will, firstly, increase our independence from the suppliers, secondly, will improve our customization process of LED luminaires and finally will help us to develop LED luminaire portfolio with new, innovative and high-tech parameters lighting solutions.

This piece of information proves that the geographical expansion of Incorporated Company LUG goes along with  the successful implementation of latest technologies. On these solid basis, success can be built. The innovative technological solutions applied by the LUG Company within the investment programs realized by the enterprise allow the achievement of even higher frame quality parameters and high productivity on all levels of manufacturing, matching the highest technological world standard. 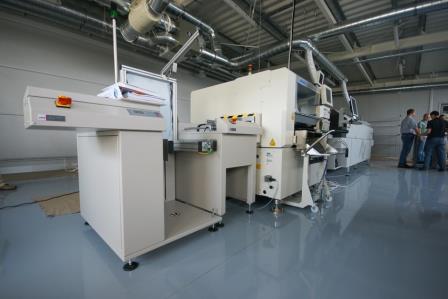 The high product quality and modern design are based on a broad spectrum research program conducted by the Development Department in a new research laboratory. High class measuring equipment allows the perfecting of technical solutions and optimization of our frame’s functional qualities as well as introduction of new design lines. The effects of the dynamically realized research program are further design proposals introduced in further years. 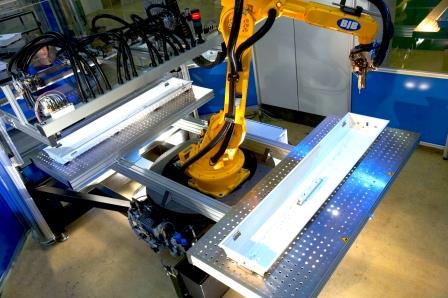 BJB robot – wiring of the luminaires

Caring for the highest quality of all actions undertaken on the third of June 2004 the LUG Company received a Quality System Certificate in accordance with the PN-EN ISO 9001:2001 norm. Audits conducted annually by the well known TÜV SUD auditing company confirm the high standard of processes which are decisive in product manufacturing and satisfying the clients’ needs. Moreover, LUG brand frames have a GOST Ukraine certificate, which confirms accordance with Ukrainian norms of safety and allows them to be sold on the territory of Ukraine.  Adjusting processes and products to the highest world and European standards allows the company to realize highly professional and ambitious lighting projects, simultaneously guaranteeing that the highest illumination parameters are kept.